This is Part 2 in my experience on making gravlax. You can read Part 1 here.

So a few days ago I took my first stab at making gravlax, a Scandinavian cured salmon dish which I’ve recently fallen in love with.

Removing from the fridge

First step is to remove your curing gravlax from the fridge, uncover it from all the things you had it weighing down with, and then drain it from the brine that has accumulated.

One of the videos I watched just showed the cook wiping the salmon down with kitchen paper, but that didn’t seem to have much effect on my gravlax. I actually had to rinse it under cold water to get all the dill and spice mix off.

Once you’ve rinsed away the mix, put your salmon on a plate and get out a cutting board.

Trimming away the skin

I honestly had a lot of trouble with this part, but I think it’s because I’m not that experienced with this step. Nonetheless here’s how I removed the skin:

1. Start cutting from the edge at an angle

Using a long knife, start at an angle near the wide edge of the fish and cut down toward the skin, leveling off as you get close to the skin. Keep slicing forward in slow, steady strokes. 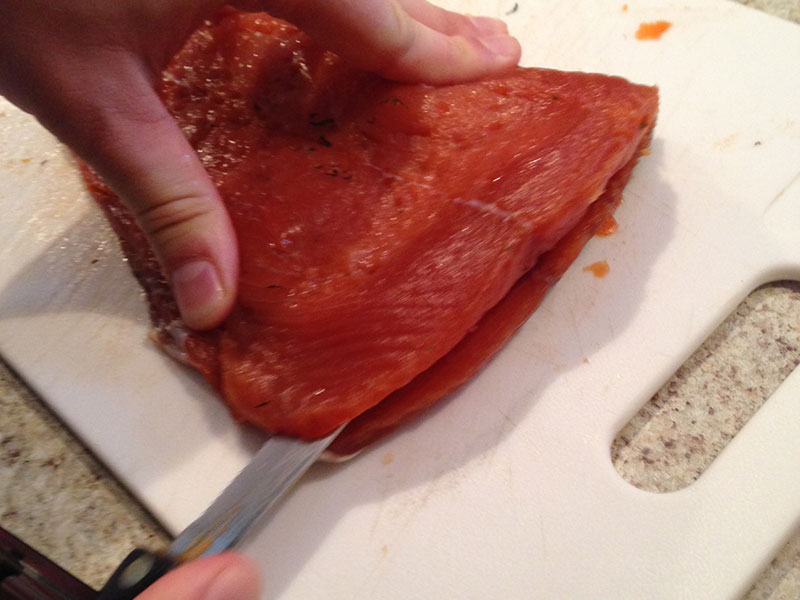 2. Keep cutting slowly while peeling gently up on the cut fillet

As you cut, feel free to peel the fillet up and away from the skin as this may help you see what you are doing and get close to the skin as you cut.

3. Trim any excess meat at the skin

Once you’ve fully cut the fillet away from the skin, you may see some high spots of meat that are worth going back and trimming off to keep. Don’t be ashamed to do this! This stuff is pricey and delicious - get as much as you can from your work. 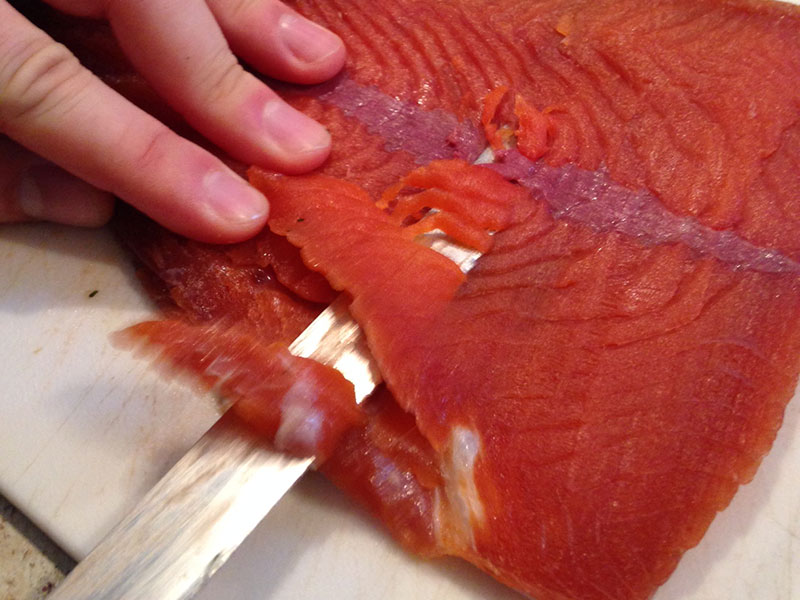 Slice the fillets into thin strips

Once you have your fillets all cut away from the skin, now it’s time to cut them into thin strips. One of the halmarks of traditional gravlax is that it is thinly cut at an angle from the fillet. I’ve seen it done other ways, and that’s okay. But if you want to do it the traditional way just just thin strips at an angle.

The gravlax will keep for up to 2 weeks. Make sure you keep it in an airtight container.

I’ve heard some say only slice what you need for a serving, but feel free to slice it all at once as long as you are storing it well and eating it quickly. 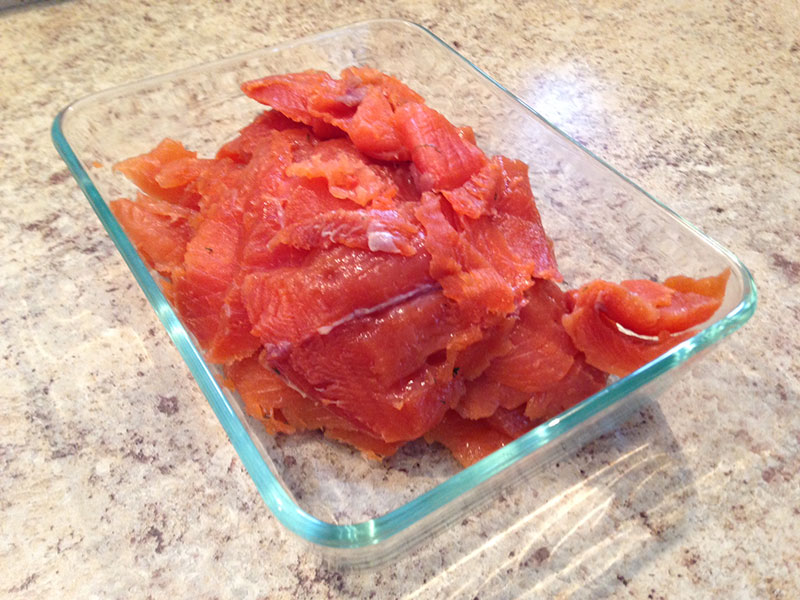 There’s lots of ways to serve gravlax. Basically anything you would do with smoked salmon you can do with gravlax! You can serve it as a breakfast snack on a bagel with cream cheese, you can serve it as a main course on it’s own with a side of spring mix lettuce and mustard sauce (a.k.a. “Ikea style”), or you can make an appetizer out of it.

For an example I prepared some by putting them over melba toast wafers with a dolop of sauce I made. The sauce is basically just the extra dill, along with some stone ground mustard and sour cream. 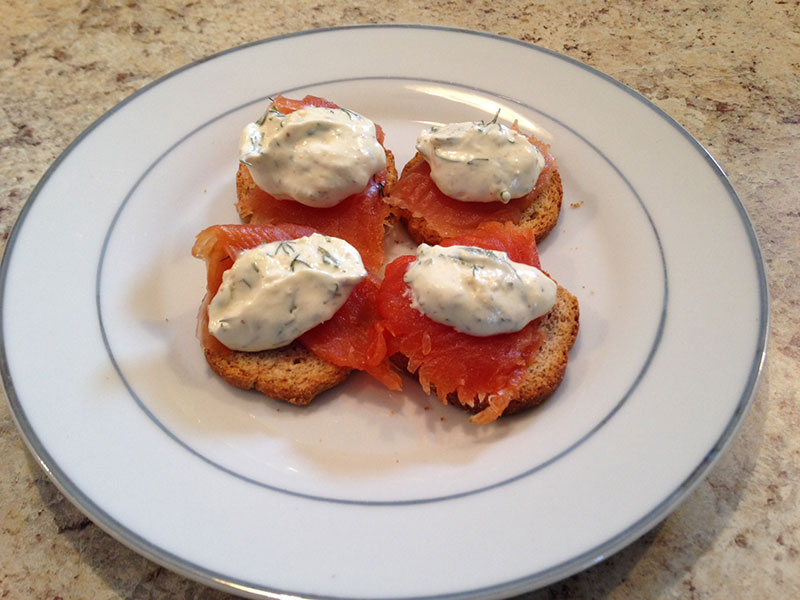 Things I’ll do differenty next time

I have to be honest: I was pretty disappointed with how mine turned out. There’s a handful of things that I think I’ll do differently next time:

If you try this dish, def take into consideration some of my tips in hindsight. If you follow the recipe closely though, and don’t deviate as I did, you should end up with a delicious and healthy traditional Scandinavian treat.